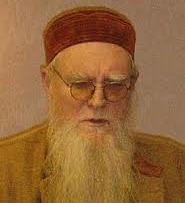 Shaykh Abdullah Nooruddeen Durkee is the khalifah in the Western Hemisphere of Shaykh Ibrahim Muhammad al-Battawi, of the Shadhuliyyah-Badawiyyah order for the Illumination of Hearts and Tranquillity of the Self.

Shaykh Ibrahim was a professor of Islamic Philosophy at al-Azhar University in Cairo for twenty five years and is now retired but continues inhis 80's teaching and conducting weekly hadrah in his Zawiya on Azhar Street in Cairo, may Allaah keep him and grant him good health. Shaykh Ibrahim granted Shaykh Noorudeen an ijaza [diploma] for teaching, preaching and taking thebay'ah in 1406 Hijri [1986 CE]. Additionally Shaykh Noorudeen has been granted an 'ijaza in Islamic Calling [da'wah] by Shaykh and H.E. Ambassador Umar Abdullah [RA] of the Comoro Islands, an 'ijaza in Islamic Introspection and Observation [muraqabah] by Shaykh and Dr. Seyed Ali Ashraf [RA] of Dhaka, Jeddah and Cambridge, and an 'ijaza in the Teaching, Propagation of Islam and the Nourishment of the Murids by Shaykh and Qadi [retd] Muhammad al-Jamalar-Rif'ai of al-Quds ash-Shareef. In the professional world he was granted a Masters Degree [M.Arch] in Islamic Building in 1983 by Dr. Hasan Fathy of the Institute of Appropriate Technology in Kuwait.

Shaykh Nooruddeen is the Founder of the Lama Foundation in San Cristobal (1966), New Mexico, the Islamic Study Center [ISC] of Flag Mountain,New Mexico (1970), the Dar al-Islam Foundation in Abiquiu New Mexico (1980). Presently he is the Director of an-Noor Educational Trust and the Green Mountain School. He is the editor, translator, and author of more than a dozen books the most recent of which is TheTransliterated Tajwidi Qur'an which was published in Ramadan 2004. His main work prior to that was the publication of the Two Volume Set of Madrasa Shadhuliyyah, ["Orisons" and "Origins"] which hecompiled, translated and edited in Alexandria, Egypt from 1988 to 1994. He isalso at work on a detailed set of memoirs titled The Book of Exile. The first volume of this work, "Embracing Islam" was published in a private edition in 1992.

Shaykh Nooruddeen  is theauthor of numerous essays which have been widely published both in the East and the West. Two recent essays can be found in "Muslim-Christian Dialogue: Promise and Problems"and "Jewish-Muslim Encounters: History, Philosophy and Culture" both published by Paragon Press. He is a past member of the InternationalInter-Religious Federation for World Peace and in 2003 was named an"Ambassador for Peace" in recognition of his many year of service to promoting understanding between believers.

Shaykh Nooruddeen  regularly attends and speaks at major international conferences including the Conference of World Muslim leaders held right after 9/11 in Indonesia as a guest of the President of Indonesia and served as a delegate to the Millennium World Peace Summit held in 2000 at the United Nations in New York, He was chosen to offer prayers at the "God and World Peace"conference held in Washington,D.C. in 2003. In 2004 he was honored by the South East Asian community in Chicago for his work of transliteration and translation of the Qur'an.

He also serves as an advisor to "The Islamic Research Association" (ISRA) and actively participates in their public activities in support of the public celebration of the Mawlid an-Nabi, blessings of Allah and peace be upon him and his family, as well as that of the Isra wa Miraj.

Additionally he serves as a khateeb and an imaam for various near by Muslim communities and also serves the incarcerated Muslm community invarious maximum security prisons.