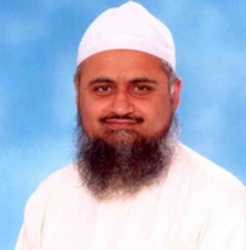 Sheikh  Tauqir received tutelage under the Allama Sheikh Abdul Wahab Siddiqi (ra) and was awarded ‘Ijaza’(permission to act on behalf of the Sheikh) in spiritual and religious matters. He has lectured on a vast range of subjects in many countries around the world,and has dedicated the rest of his life to HCIU, in order to help advance thevision of the founder. He is also a visiting lecturer at the Suyuti Institute Of Learning and a senior lecturer at HCIU.

The Sheikh has lectured in Holland, New Zealand, Australia, South Africa and Trinidad and has also produced a series of programmes for Islam Channel and Iqra radio (London) on subjects as diverse as Fiqh, Aqeeda, Sufi-ism, Muslim family life, stories of various prophets and Islam and modern sciences.

Sheikh Tauqir Ishaq has appeared on many television programmes and participated in several discussions on Islamic thought. He has worked very hard in helping the muslim community in South London, which included holding regular meetings with the youth, to strengthen the belief of the existing muslims and to invitenon muslims towards Islam.